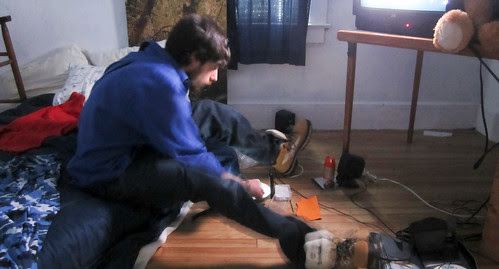 The artist animates his work as a child his toys. -Patti Smith, Just Kids

David S Pollack elucidates the word of Patti Smith so eloquently written in her book "Just Kids". The book delves into the relationship between Smith and artist Robert Mapplethorpe. The influence of Mapplethorpe's controversial art is prevalent in most of Pollack's works especially his series Searching for My Very Own Wagstaff, 2010 -2012.

David S Pollack aka Chase Alias hopes to bring to light with his new Endogenous Series how backwards moving our cultural standards have become. As an Immersionist he look back in envy at the freedoms which artists used to be able to express themselves without having to worry about cultural and even legal action being taken against them.