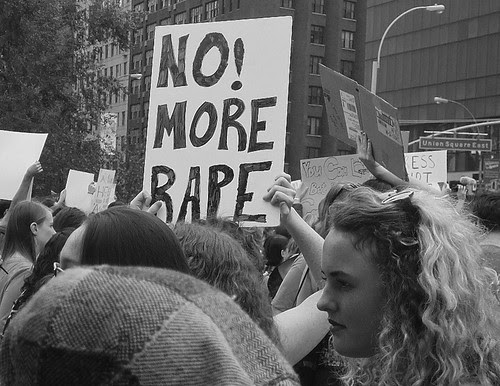 Genesis of the Slutwalk, taken from www.slutwalknyc.com: "On January 24th, 2011, a representative of the Toronto Police gave shocking insight into the Force’s view of sexual assault by stating: 'women should avoid dressing like sluts in order not to be victimized'. SlutWalk NYC is part of a worldwide grassroots movement challenging rape culture, victim-blaming and slut-shaming, and working to end sexual and domestic violence."