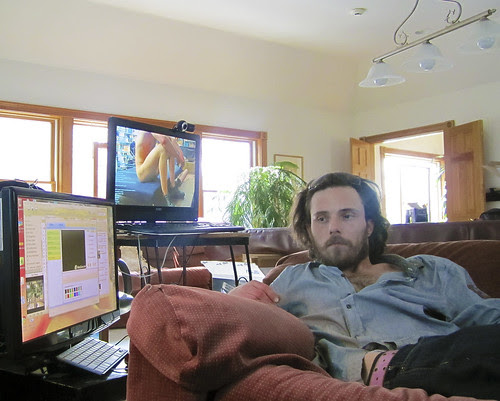 Via Flickr:
Just because a man lacks the use of his eyes doesn't mean he lacks vision.
-Stevie Wonder

Currated by and hosted on the Flickr Photostreams of:
Holden Vance III
Chase Alias

The exhibition portraits and characters that are created are actively being used to promote the show on such social networking sites as Craigslist, Manhunt, Adam4Adam and many others.

"What we Found on Craigslist" 2011, is an Immersion Art Work by David S Pollack and it takes it's form as a conceptual New Media Digital Public Sculpture which self updates and constantly changes.
23 photos | 101 views | Add a comment?
items are from between 01 Jan 1980 & 21 Aug 2011.
There is 1 Guest Pass to see this set.