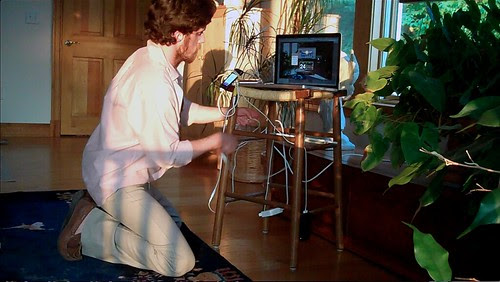 By turning the camera on himself, and selecting the photographic Genre of self-portraiture, David Pollack is attempting to create a canon of works consisting of probing, surprising, and thoughtful images. Although, the majority of his photographs are pictures of him, however, these photographs are most definitely not self-portraits. Rather, Pollack uses himself as a vehicle for commentary on a variety of issues of the modern world. Pollack employs acting, in particular method acting, to create characters and lifestyles in which these characters choose to exist. He employs concepts of method acting to create characters, such as Chase Alias. He lives his life completely immersed in these characters lifestyles for years before building his installations ands then finally photographing himself as these characters.